We All Have A Role to Play 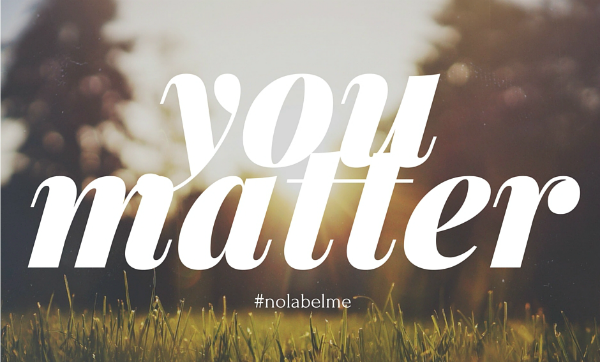 It is a sad truth that in this modern times, we often do not know the value of a human being.  We live in societies that judge the poor and condemn the rich, that criticize the skinny boys and shame the thick boned girls, societies that mock the failing student, yet torment the smart one.
Unfortunately, it almost never ends with a simple joke or a passive insult. Bullying and name-calling can often have life-long effects on the victim’s mental health. In some cases, it may lead to depression and even suicide.
For instance according to an article published by James Tozer in the “Daily Mail”, 11 year old Thomas Thompson recently took his own life after being bullied for years. His family claims that students in the school kept making fun of Thomas because he was one of the brightest students in the school who loved to read and learn.
It is very likely that some of the bullies weren’t aware of how much their actions were hurting Thomas. Maybe some of them only did it because everyone else was doing it. But does that necessarily make it right? So, if it isn’t, why do they do it? We can’t forget that sometimes bullies are victims themselves. They often need as much help as the victims do. Therefore, we can’t put an end to bullying by screaming at or judging bullies. After all, fighting fire with fire only results in ashes.
Even though bullying often seems like a two-sided scenario, it is never the case. We can’t ignore the role of bystanders in such a situation. In fact, Dr. Michele Elliott, director of child protection group “Kidscape”, condemns bystanders who did nothing to stop Thomson’s suffering as well as the bullies. Dr. Elliott reported saying that ‘’Thomas’s death is a terrible waste of a life. At 11 years old, he should have been living a carefree life and looking forward to the summer holidays.” It is truly sad to see such a young boy robbed of the opportunity to live life to the fullest all because of the inconsideration of a couple of peers.
Sadly, Thompson’s story is not very uncommon. Karl Peart, Gemma Dimmick, and Jessica O’Connell are only a few victims who were driven to the brink of suicide because of bullies. It is unfortunate that we will all experience bullying at some point in our lives. Whether as a bystander, a victim, or a bully, it is never too late to repair the damage.
To all the victims out there, it’s not wrong or shameful to seek help. Never let anyone tell you you’re too nerdy, too fat, too ugly, or too weird. Remember that you’re amazing just the way you are. You are worth way more than all the rumors and the insults. I guarantee you someone loves you, and no matter how hard your current situation is, it will get better. Hang in there, and reach out to people if you need to.
To those who bully the people around them. Inflicting pain on others won’t help you solve your own problems. It’s okay to be vulnerable sometimes. If there’s a dark side to your past, talk to someone and get help. Bullying others is only creating more problems than it is solving. Remember that you know their names but not their stories.
Last but not least, to the silent bystanders, be the voice of those who can’t fight for themselves. We all have a role to play in preventing bullying. Remember that prevention begins with intervention. You don’t have to be a superhero, a police officer, or even a teacher. You could simply be the one that stood up for a friend who needed the support. It might seem like an insignificant act to you, but to the victims, it is the inspiration and the hope they need to make it through the day.
We are all different in our own special ways. We should embrace these differences and discover new ways to help each other instead of using our differences as weapons to tear others down.
We at No Label are against bullying. It is time for you to be too!
– Lori Younissess
Share This Article
Share with FacebookShare with WhatsAppShare with TwitterShare with LinkedIn